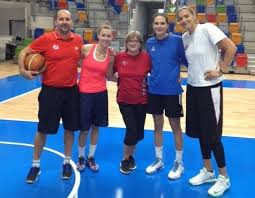 The main characteristic of this year’s preparation is the fact that because terms of the World Championships in Turkey, the season starts later than usually, in October.

Based on the program’s Sonja received from the coach; Hake and Kaplan, preparations are taking place in Belgrade. Trainings were generally twice a day. The final part of the preparation was carried out in the work with the team BC Crvena zvezda, whose player and captain Sonja was before she went to international performances.

In late August Sonja was a promoter working on YUBAC international camp for players of all ages. She used the free time for individual training and work with the most prominent Serbian coaches.